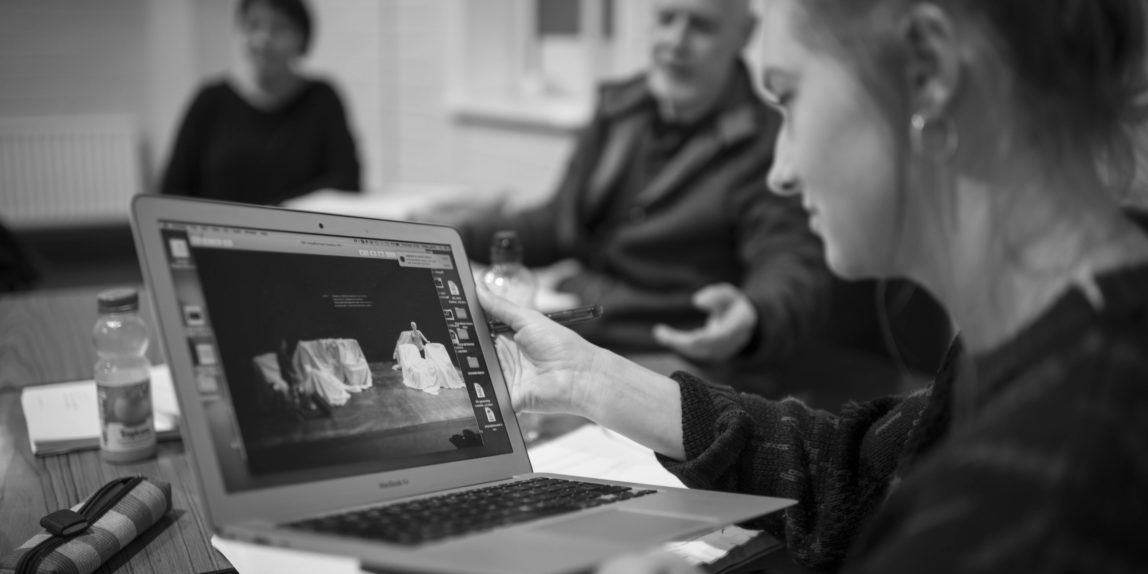 We are excited to announce that Gaitkrash has been awarded an Arts Council Ireland Theatre Project Award to present the Irish premiere of Kaite O’Reilly’s play COSY in Cork Midsummer Festival 2019. For this premiere at the Firkin Crane Muskerry Theatre in Cork’s historic Shandon quarter, Gaitkrash will bring director and playwright team Phillip Zarrilli and Kaite O’Reilly (of the Llanarth Group wales) and award-winning Welsh actor and Disability Arts Officer Wales Cymru Sara Beer to work with the three members of Gaitkrash plus Cork actors Máirín Prendergast, Pauline O’Driscoll and Christiane Reicke.

Six women. One house. Many secrets.

COSY is a dark comedic tour-de-force written for six female performers ranging across three generations (playing ages 16 – 76 years). Set in a dilapidated house, the estranged family gather, for the matriarch Rose wants to die. Secretly failed businesswoman Camille and her precociously intelligent teenage daughter, Isabella, arrive to find the house falling down around their ears and Ed, the elder sister/house-keeper isolated and old before her time. The the much-traveled, many times divorced Gloria arrives, but the black sheep of the family is transformed – and who is the strange woman emptying the buckets of blood out into the garden, apparently for the benefit of the roses?

A production of O’Reilly’s play is perfectly timed for 21st century Irish theatre audiences in its exploration of big and controversial ethical questions around the subjects of assisted suicide and euthanasia, and the implications for family relations and our wider society. It invokes social and medical issues related to care for the elderly, interventions which see people living longer but often with diminished quality of life. It tackles the difficult issues of money, inheritance and family dynamics. Furthermore, it speaks to the call from the Waking the Feminists movement to stage more plays by women playwrights and, with a cast of six female actors from three generations, redresses the imbalance of work for female actors in the theatre industry. O’Reilly received an Unlimited Commission from Arts Council UK for COSY and it premiered in the Wales Millennium Centre in February 2016 to great critical acclaim, in the words of one of the critic Jafar Iqbal, ‘suicide is discussed frankly, without prejudice and, crucially, with laugh-out-loud humour, giving it a legitimacy that is both liberating and unnerving at the same time’.